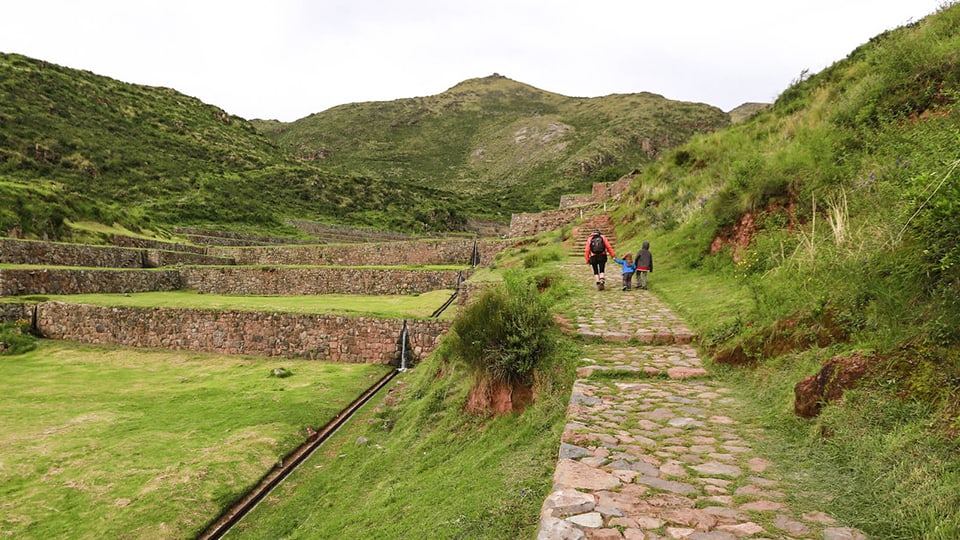 Christmas represents an opportunity to be with the family, it is the perfect excuse to pack and make the last family trip of the year. There is more than one destination where incredible landscapes, dreamy decorations, and flea markets await you to make December an unforgettable month.

Every Christmas Eve, the main square in Cusco is covered with colors in the largest Christmas crafts market in the whole country. The Santuranticuy tradition began in the era of Spanish colonization and Catholic evangelization in Peru. The word comes from the Quechua words: Santu (saints) and ticuy (sell), that is “saints for sale”, which describes this Christmas craft tradition quite well!

In Cusco, a city that is rich in Quechua traditions, it is celebrated by selling handicrafts made of wood, ceramics, and silver in the annual market. Punch and other seasonal meals are also sold in the market in the afternoons.

The Cathedral in Lima, Peru

The Cathedral of Lima in the city’s historic center is Lima’s most iconic building and home to the best museum of religious art. It is also known for being home to the tomb of Spanish conquistador, Francisco Pizarro.

The main church of Peru dates back to 1535 when Francisco Pizarro first laid the foundation for the church which would serve the new Spanish colonists. The temple was inaugurated in 1540 and elevated to the status of cathedral in 1541 when the Lima diocese was formed.

In Quito, more than 25 events are planned around the celebration of Christmas, including choir concerts, fairs, art shows in the city’s museums. One of the most prominent events is the novena that will be held at the giant birth that is implemented in El Panecillo.

The main activities have to do with the lighting of 21 points of the city, the realization of the novena in the giant manager of El Panecillo, choir concerts, and Christmas fairs in squares both in the urban and rural area of Quito.

The Brazilian city of Rio de Janeiro illuminates its traditional floating Christmas tree, one of the largest of its kind in the world, with musical shows and fireworks, which mark the beginning of the December festivities.

The impressive metal structure, 230 feet high, is illuminated with multicolored lights over the Rodrigo de Freitas lagoon, one of the most emblematic places in the entire southern region of Rio de Janeiro.

The day of the candles is celebrated as the beginning of the Christmas holidays on the night of December 7 exactly from 7:00 p.m. The inhabitants place multicolored lanterns lit with candles inside on the fronts of the houses and on the platforms. The candles light up approximately from 3:00 a.m.

La Alborada is a relatively new festival held in Medellin, Colombia, and has been held every year since 2003. This event takes place on the night of November 30 to welcome the month of December with fireworks throughout the city.

Medellín is also home to Christmas lighting arrangements that have gained international fame and are exhibited throughout the month of December.

Before the Alborada was popular, Velitas Day marked the official start of the Christmas season in Colombia. This day is still considered special by many people across the country.

Velitas Day celebrates the immaculate conception of the virgin Mary, the night of December 7 and the early morning of 8. Families place candles outside their homes and along the streets to illuminate the path that the Virgin Mary will travel, and where prayers of rosary and masses will be made.