With a region as varied as South America, it’s hard to know where to begin. Amazon River cruises bring you close to the rainforest and the indigenous people who live there.

It’s easy to see why South America is one of river cruising’s most popular destinations: you’ll get access to some of the continent’s hardest-to-reach areas and spot endemic species like pink river dolphins and golden-headed lion tamarins.

Our Ecuador Amazon tours explore the Napo River system, the largest river in Ecuador and a major tributary of the Amazon. Ecuadorian Amazon cruises visit the protected areas of Yasuni National Park and the Cuyabeno Reserve. Despite being one of the smaller South American countries, Ecuador is home to a huge variety of species, making it an ideal destination for an Amazon River cruise. 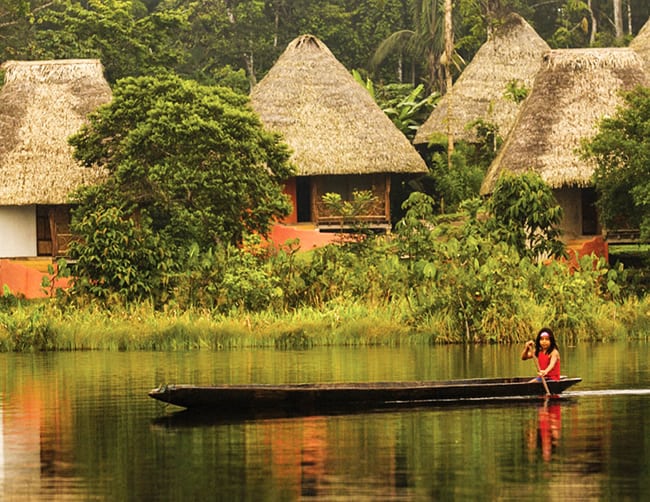 Peru Amazon tours and cruises start and finish in Iquitos, located on the banks of the Amazon River, or in the city of Nauta, some two hour’s drive south. Both cities are the center of Amazon River cruise activity in Peru, and are found in the enormous province of Loreto, in North-Eastern Peru. In fact, two-thirds of Peru’s land mass is covered by the Peruvian Amazon jungle, much of it unspoiled and waiting to be explored by riverboat. 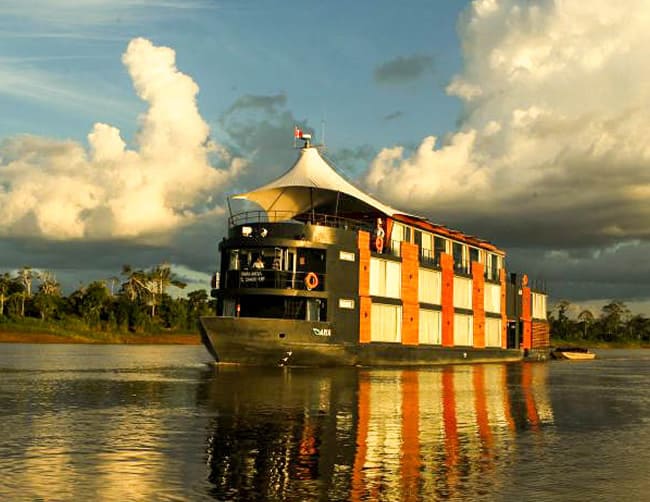